The Worker Classification Law That Could Be Costing You Money

Does it ever feel like there's new independent contractor news every time you turn around?  Uncertainty and constant change? Seems very on-brand for post-2020. There have been two major headlines regarding Independent Contractor Compliance circulating around the industry recently: the first is AB 2257, an update to AB 5; and the second is a proposed DOL rule interpreting IC classifications under the Fair Labor Standards Act (FLSA). Follow along below as we tell you all you need to know and the impact this could play on your procurement strategy for ICC! 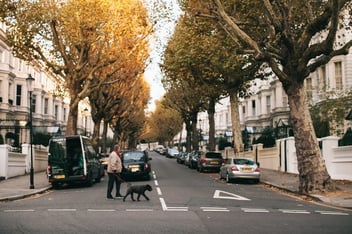 AB 2257 is essentially an "update" to California's AB 5, outlining certain exceptions to the ABC Test outlined in the original bill. AB 5 is a codification of California's previous 2018 Dynamex decision, which outlined a strict three-point test (aka ABC Test) for worker classification that states all workers are "employees" unless the employer proves the worker is an Independent Contractor with each of the three factors.

Does AB 5 Impact States Other Than California?

Currently, some variation of the three-factor ABC Test is used by more than 50% of the states to assess the status of a worker as an independent contractor or employee.

The ABC Test presumes a worker is an employee unless each of the following three criteria is met:

The second change to look out for is that DOL is looking to formally propose a rule addressing how to determine the classification of a worker as an employee or an IC using standards set forth under the Fair Labor Standards Act (FLSA). This rule aims to provide a federal baseline for the classification of workers, something that has traditionally been left up to the states to decide. The update here is that the DOL is looking to formally provide a rule for these factors, not just a set of guidelines. However, it does stipulate that any state laws or statutes that are more strict can supersede this ruling.

The Impact to Procurement

These two "new" updates act as a reminder for us on the importance compliance plays in the procurement process. Trustworthy supplier partners already consider the above factors in their decisions and continue to stay up to date on any potential changes (like these) coming down the line in order to keep you covered now and in the future.

Leveraging your supplier partner to monitor the market for these complicated compliance legalities will save procurement time and resources – in addition to protecting your business from the risk of non-compliance, or worse, fines. By working with a GPO, you can ensure the supplier you’re partnering with has already been thoroughly vetted. The contracting experts at OMNIA Partners ensure you’re covered with immediate access to reliable suppliers like Populus Group.